London’s transport system is in a state of deep crisis.

Transport for London is shockingly under-funded by international standards. Our city has the most expensive public transport in the world and it has been bled dry of resources by successive mayors who sought easy headlines at the expense of long-term planning.

I will ensure TfL is energised to behave like a business, not a charity, using the land it owns to generate investment revenue by building housing and commercial developments.

My plans to put transport infrastructure at the heart of our ambitious home-building programme will ensure that I can run a reliable and profitable city transport network.

Additional revenue streams will be identified, including further advertising opportunities on TfL property, and smarter use of the data TfL generates every day. 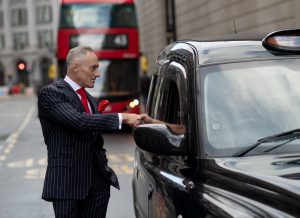 We also need to end the long-running war on cab drivers and, instead, welcome them and their electric vehicles as solutions, not impediments, to our transport problems.

Transportation is a crucial element of any thriving economy.

London must lead the world in building a transportation system that incorporates best-in-class technology, customer experience and environmental practices, while leveraging the innovation, expertise and accountability of the private sector.

As things stand, TfL is broken.

Boris Johnson left it £9 billion in debt and, perversely, agreed to phase out £700 million of Government support. As for Sadiq Khan, he boasted of freezing fares but, three years into his mayorship, well before Covid struck, the debt had hit £11 billion.

Crossrail has saddled TfL with additional hefty burdens and, in February, consultants on the project were given additional incentives, which were not revealed, to complete the long overdue project under powers granted for situation[s] of urgency.

Crossrail 2 looks to be going nowhere and the Bakerloo line extension is on hold.

In short, TfL’s finances are in the bin, thanks in no small part to Johnson and Khan, while maintaining and improving the network is becoming increasingly difficult. The situation was made even worse when Transport for London’s credit rating was cut in 2020, making it more expensive to borrow money.

It is time for a complete re-evaluation of the capital’s public transport system, how it is funded and how its assets are put to work.

Without the root-and-branch reform I am proposing, there is a very real risk of a catastrophic financial crisis for TfL, forcing hard decisions to be made; the smart thing to do is make the changes before the catastrophe.

London must lead the world in building a transportation system that incorporates best-in-class technology, customer experience and environmental practices, while leveraging the innovation, expertise and accountability of the private sector.

At the same time, the long-running clogging of London’s transport arteries must come to an end.

The relentless blocking of roads in our city forces more traffic on to fewer routes, increases journey length and times, and impedes emergency services. 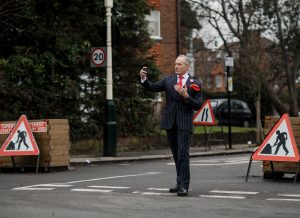 London’s divisive Low Traffic Neighbourhoods strategy must be reviewed as an immediate priority.

Introduced without adequate consultation by the present Mayor, LTNs cause traffic problems rather than solving them. This lack of consultation has rankled Londoners, and is now the most divisive issue in parts of the city.

There is simply no need for this to have happened. Had the Mayor had the common sense to have consulted with residents and stakeholders over his plans, he could have avoided both uproar and unnecessary expense.

LTNs are purely a revenue-generating tool. Our plans to generate revenue elsewhere mean these unpopular schemes will not be part of London’s future. As Mayor, I will end them.

When it comes to managing London’s traffic challenges, I will commit to involving stakeholder groups as well as experts. That means talking with residents, emergency services, transport specialists, environmentalists and others.

Imposing poorly thought through solutions on London in search of headlines is opportunism, not leadership.

As Mayor, I will enshrine consultation at the heart of policy making because, ultimately, the Mayor is elected to serve as well as to lead.

And, as with my housing plans, my timeline will be 30 years, far longer than any Mayor could reasonably hope to serve. That is unprecedented for a mayoral candidate.

I pledge to set London on the road to a transport revolution, one that other countries will look to for inspiration in the decades to come.

That means giving consideration to solutions that may seem audacious now, but essential in the future. Electric cars and wind power fit that description, and London must be ambitious enough to lead the way in introducing the next revolutionary technologies.

With that in mind, it is time London got on the front foot when it comes to transport technology. As electric cars become increasingly popular, it is vital that cities have the infrastructure to charge them.

I will also launch a scheme, building on work already carried out in Europe, to look at the feasibility of introducing induction charging facilities: wireless charging for cars.

Static charging is an obvious opportunity, but we should also consider dynamic charging, where vehicles can charge while moving on the road.

Public transport, which utilises set routes and regular timetables, provides an ideal environment in which to test and develop smarter technologies – technologies which could benefit London for decades to come.

It’s time to use technology to get London moving again.