Many of the headlines about London in 2021 have focused on violent crime, something that every citizen of this city should be outraged by.

When he took office, London had 82.4 crimes per thousand population. That figure rose every year until it stood at 101.5 in 2020.

Fast-forward to 2021, and murder rates are at a three-year high in the capital, despite lockdown.

We must invest more in our police to get crime under control and at the same time address the underlying causes of crime. We cannot police our way out of this crisis by treating only symptoms.

According to GMB research, London lost almost half of its police staff and 72% of its PCSOs from 2010 to 2020.

London desperately needs to see all police numbers, and not just the headline-friendly roles, restored to adequate levels.

This, inevitably, cannot be achieved overnight, because police must be properly trained.

Lessons can be learned from other countries, and recent events have shown we must revisit training for all police around issues such as safe restraint techniques and protest de-escalation. 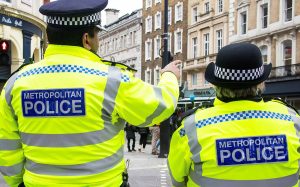 Inadequate training leads to inadequate policing and, all too often, it is front-line officers who end up in the spotlight when things go wrong. Simply put, we need to support our police.

I have a fully-costed plan that delivers an additional 10,000 police and the training they desperately need.

I will fight hard for further Government funds, but there are additional sources of revenue, such as an Infrastructure Levy on new developments, which will allow me to grow our police presence as we grow our city.

Comprising a 3% tax on the increased property value of any new construction within 500 metres of a new TfL development, my levy would potentially generate billions of pounds per year that would be borne out of developer profits.

Proper policing is not cheap policing: hiring and training 10,000 extra staff will cost around £300 million in the first year.

It’s a common-sense approach that recognises more homes lead to more people in an area, which in turn leads to an increased burden on facilities such as policing.

In addition, around £1 billion of savings can be made over ten years through increased digitisation of the police; we must invest in better technology now to free up resources and funds in the years to come.

This is not a short-term plan for a quick headline; rather, it is an ambitious, achievable approach that addresses long-term challenges with long-term thinking.

What do I mean by further digitisation of the police?

Crucially, I will look to build a police force which reflects the multitude of cultures being policed.

I will also work closely with MPs and agencies such as the Courts and Tribunals Service to find ways of addressing the appalling logjam in our legal system, which is no longer fit for purpose.

A VICTIM’S BILL OF RIGHTS

I will seek to institute a Victim’s Bill of Rights for London and the wider country to ensure that victims are treated fairly and with dignity. The Bill of Rights will address four key issues:

Existing victim’s rights legislation addresses these important areas inadequately, and I will work with key agencies to ensure London leads the way in putting victims, and their rights, first.

That means a better support system for victims and better training for those who support them, as well as additional legal help. 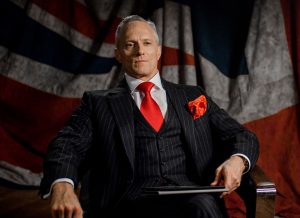 We must reappraise who is considered a victim. For example, it is utterly unacceptable that a woman can be harassed on the streets of London and yet the man intimidating her is not even breaking the law.

As the leader of this city, responsibility for citizens’ safety must be taken seriously, and change starts here.

There will be, and can be only, zero tolerance of knife crime and other violent offences; those involved must face serious and immediate consequences.

Knife crime, though, is as much a symptom of underlying problems as it is a problem itself.

If you fail to deal with the underlying issues, then you will never deal with the problem of violent crime itself. And that means engaging properly with the communities in which the bulk of such crimes take place.

And it means working to improve and help communities which are struggling with such issues and building the community connections which are so vital for dealing with these problems at source.

I am not ignorant of the huge amount of work at a community level that goes on, largely unheralded, to tackle these issues.

But something is clearly very wrong and, as Mayor, I will strengthen the links between my office and the many agencies which have been working on these challenges for many years.

After all their hard work, they must be heartbroken to see violent crime back in the headlines.

While I will seek to help those communities, and to work with those who have their best interests at heart, I will not be a soft touch when it comes to dealing with the criminals who are responsible for tearing parts of our city apart.

Met Police figures have told me that up to 90% of violent crime relates to the proliferation of gang culture and we must have zero tolerance for gangs and the crimes they commit.

Those who perpetuate gang warfare, who run county lines operations, who deal in hard drugs, need to know that I will work with police and other agencies to choke off their supply of young recruits at one end of the process, and hit the kingpins hard at the other.

And I will make sure there are sufficient police to do that.

It’s important to remember that, when teenagers are knifing teenagers, we have already failed as a society.

At the same time, I refuse to allow my mayorship to be just a talking shop.

That’s because talk is cheap. Ambitious policies are not.

HITTING GANGS WHERE IT HURTS & A £100M SOCIAL BOOST

I have identified new ways of funding additional police, and I have a realistic ten-year plan to do just that.

But your Mayor also needs to identify additional ways of funding community support.

This is where my Corporates For Communities plan comes in. Companies prefer to operate in safe environments. CEOs as well as staff want to be based in an HQ that is in a safe place to live and work.

And companies want to help. Corporate social responsibility schemes are a fantastic force for good, and I intend to find ways to make them even more worthwhile, both for companies and communities.

Individuals such as Jamal Edwards MBE, founder of the SBTV music channel, have shown what is possible. Jamal has secured six-figure investments from businesses for London youth centres.

This is where my 30 years of experience in finance, and as an entrepreneur, come into play.

As your Mayor, I will build on Jamal’s successes to scale up the funding of community services, partnering with businesses to build and maintain community facilities fit for the 21st century, and giving communities a real stake in their own environment and futures.

I will commit to raise £1 billion in corporate funding over ten years, to build or improve 250 community centres throughout London’s 32 boroughs, giving our young people the opportunities and support they need.

This investment, via an Accountability Infrastructure, will service more than 1 million youth visits in just one year.

It is the longevity of this plan which is the real game-changer: it allows these community centres to build up the crucial long-term relationships with young people that make a real difference.

HOW A DRAGON WILL HELP GET WEAPONS OFF OUR STREETS

In 2018, artist Alfie Bradley and the British Ironworks Centre in Oswestry, completed an ambitious project to build a 27ft sculpture of an angel from knives surrendered in weapons amnesties. 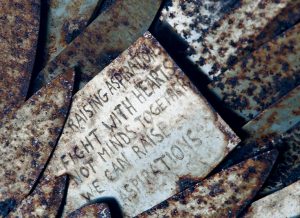 The Angel has visited almost a dozen towns and cities, helping spread an anti-violence message, and its creators hope to eventually display it in London.

I will launch a similar scheme in London – with the weapons being used to create a series of dragons, rather than an angel, as the City of London is guarded by 13 iron dragons.

The scheme will help police and communities rid the streets of weapons and, when the sculpture is complete, it will join the Knife Angel at the heart of a new permanent exhibition, dedicated to the depiction and celebration of community, struggle and peace.

In this way, we will have communities, police, the arts and the public working together to create something remarkable, and to make our streets safer at the same time.