Everything important we have ever learned or experienced came from the people around us.

Which is why investing in our communities is an investment in London’s future.

Unfortunately, many individuals and families are left to fend for themselves without any support from their neighbours or communities.

As your next Mayor of London I promise to put Community First, and build hubs inside each local community that promote learning, culture, the arts, job training, physical activity, technology, housing support, childcare, youth activities, cooking and nutrition, healthcare, and mental wellbeing by:

Investing in our communities is the fastest and most cost efficient way to improve our quality of life and the quality of our city. Only by making these extensive and proactive changes now, can we ensure a strong future for London.

The shortage of housing in London is a symptom of an outdated planning system and of a Mayor who has utterly failed to get a grip of the housing problem.

Sadiq Khan has allowed his housing policy to be stymied by Government interference – and his woeful absence of plans – to turn potential capacity into actual homes has compounded an already serious issue.

By December 2020, City Hall’s own figures show he had started construction on only 56,000, fewer than half the number required, and had completed far less still.

London requires a complete re-think about how to deal with the housing crisis.

I have drawn up draft plans to build 50,000 homes in boroughs across the city by Christmas 2021.

I will focus on land owned by Transport for London which is unused and can provide acres of prime space, while also helping to fund transport and support communities.

TfL owns 5,700 acres of land, equivalent to the size of the Borough of Camden. As well as providing huge opportunities to expand London’s housing supply, this land is also an incredible asset, particularly for an organisation like TfL which is billions of pounds in debt.

The homes will utilise modular building technology to quickly and efficiently deliver world-class, affordable places in which to live.

Affordability is key, and these modular family homes can cost less than £100,000 each. 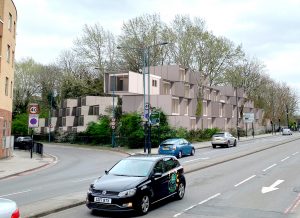 It is this sort of joined-up thinking on key issues which London so desperately needs, looking at housing, transport and the environment as a whole.

I will be creating a revolutionary structure that separates the land from TfL, and puts it into a development limited company that is majority owned by the Mayor of London, with 49% held by private investors.

This company will be chartered to empower trusted developers to secure long-term financing, build affordable housing and develop the best commercial assets possible at speed.

While delivering quality, affordable housing quickly is the priority, my plan will unlock potential housing projects for years to come.

Some sites will be easier to develop than others, and the country’s outdated planning regulations may well slow some projects.

But I am looking at this challenge with a 30-year horizon, which is somewhat unusual in mayoral politics, where the focus is so often exclusively on short-term benefits that may attract votes at the next election.

In addition, the shadow that homelessness casts on our city is very important to recognise.

I have been actively involved with homelessness charities for a number of years, and am only too aware of the remarkable work they do.

A city can be judged best by how it treats its least fortunate, and I will work to provide accommodation for those with no home.

Both the public and private sector have a role to play, helping homeless people not only find a place to stay, but to also find dignity.

My approach to London’s housing crisis will not be judged over a term or two in office, but at the end of my lifetime. I will, however, build four times as many affordable homes in five months than the previous Mayor has built in five years.

My long-term commitment to doing what is best for London and Londoners will ensure the correct decisions are being made – and being made for the benefit of the city, rather than for short-term political gain.